This group exhibition examines how our consciousness has been shaped by popular media and new technology, analyzing how normative ideas about identity, gender and sexuality are conferred through such information streams.

The title “Hymns for Mr. Suzuki” denotes an ode to the Japanese pedagogue and violinist Shin’ichi Suzuki (1898–1998), the originator of the Suzuki learning method. A central tenet of this method of music instruction is that all persons can and will learn from their environment, and that we learn most effectively from our native surroundings as children. After the devastation of Japan in World War II, Suzuki sought to lift the spirits of children through teaching them how to see the world through music’s rose-colored lens. When taken in the context of popular culture, the Suzuki learning method points to the ineffable but ardently felt effects of mass media upon the human consciousness.

The group exhibition comprises work that examines how our consciousness has been shaped by popular media and new technology, analyzing how normative ideas about identity, gender and sexuality are conferred through such information streams. This generationally and geographically diverse group exhibition investigates how memory—in this case, memories of mass media—can be understood as a physical inscription onto the brain. Here, the concept of inscription suggests both the collective, unconscious conditioning of people and a potential form of agency: how can we inscribe ourselves into our surroundings? How can we write our own history?

“Hymns for Mr. Suzuki” takes inspiration from video art pioneer Leslie Thornton’s “Peggy and Fred in Hell: The Prologue,” (1985), the first installment of Thornton’s long-running “Peggy and Fred in Hell” video series. Surreal, uncanny, and post-apocaplytic imagery permeates this series tracking Peggy and Fred, two children raised by and unconsciously conditioned through television. In “The Prologue,” we see the children mindlessly reciting songs; Fred singing improvised versions of American ballads while Peggy sings the decidedly age-inappropriate pop hit “Billie Jean” by Michael Jackson. Here, we witness the slips and tangles of identity formation in the making. 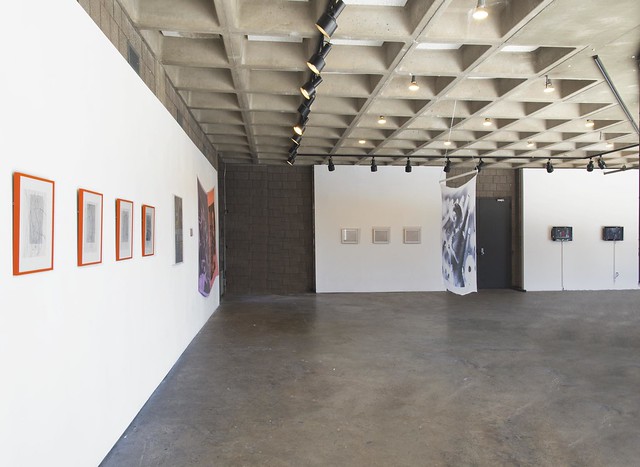 Image: Still from Leslie Thornton, Peggy and Fred in Hell: The Prologue (1985) courtesy the artist