Harm Van Den Dorpel: Release Early, Release Often, Delegate Everything You Can, Be Open to the Point of Promiscuity

Harm Van Den Dorpel: Release Early, Release Often, Delegate Everything You Can, Be Open to the Point of Promiscuity

The title of this exhibition, Release early, release often, delegate everything you can, be open to the point of promiscuity, references a credo of computer programmers in the open source movement. The phrase describes a software development philosophy that encourages frequent release in order to keep a rapid, close feedback loop operating between the system user and developer. Blurring distinctions between the software’s users and its creators, this strategy allows for transparency and heightened physical and conceptual accessibility, two concepts the artist values in his approach to artistic practice.

Trained in computer programming and artificial intelligence as well as fine art, Dutch artist Harm van den Dorpel brings these languages together to create meaning in their awkward coalescence, slips, and tangles. Van den Dorpel’s first solo exhibition in the United States, Release early, release often… introduces the artist’s spherical Perspex sculptures, web-based work, and collages, the latter appearing at once high-Modernist yet akin to melancholic, mass-produced hotel lobby art. These works wax upon the notion of recursion and literally recur themselves, aesthetically, materially, and conceptually, through both physical and virtual domains. A drawing of a hand appropriated from DeviantArt.com reappears in one of Van den Dorpel’s collages, which was used as the lead image for a March 2012 exhibition in London; the same drawing reappears in reviews of the exhibition online and in print media, and finally recurs as a screenshot of an exhibition review printed on a strip of Plexi twisted into a new Perspex sculpture. When a collector expressed interest in commissioning a new version of this work, Van den Dorpel instead offered to make a sculpture out of reconfigured Facebook photos of the collector’s dog, toying with conventional notions of the historical artist-patron relationship.

The works in Release early, release often… are installed associatively rather than by medium or chronology, evincing the artist’s desire to achieve meaning through contingency and his interest in medium permeability. This is further explicated by the artist’s studio website, dissociations.com, which is designed to interrelate texts and images in an associative format provoking click-throughs and discovery. The artist developed the site as a tool through which he can “data mine” his own artistic activity by applying generative algorithms on intuitive formations of aesthetic theory. This self-referentiality and sensitivity to association and context channels the trajectory of institutional critique as well as the approach of cultural anthropology. Van den Dorpel seeks to equalize conventions endemic to an intellectual, historically prescribed taste, alluding to popular online folk art, the social network of his peers, and anachronistic artistic media, as well as his own past oeuvre.

While Van den Dorpel speaks through the specialized language of computer programming and perhaps abstrusely anthropomorphizes variably folk or “traditional” approaches to fine art, his work addresses more universal concerns related to ethics of economic austerity as well as those of inclusion, alienation, and social hierarchies.

This exhibition is organized by 2012-2013 AIRspace curatorial resident Karen Archey.

Born 1981 in Zaandam, the Netherlands, Harm van den Dorpel studied at Interaction Design at Gerrit Rietveld Academy and Artificial Intelligence at Vrije Universiteit in Amsterdam. In addition to his 2012 solo exhibition About at Wilkinson, London, he has presented work in group exhibitions such as Free (2010) at the New Museum of Contemporary Art, New York; Collect the Wwworld at Link Art Centre, Brescia, Italy; and New Wave at the Internet Pavilion within the Venice Biennale, 2009. Van den Dorpel curated the group exhibition Rhododendron at W139, Amsterdam, which traveled to Space, London. He is represented by Wilkinson and based in Berlin.

Release early, release often, delegate everything you can, be open to the point of promiscuity is funded by the Andy Warhol Foundation for the Visual Arts with generous additional support provided by Collection Native Informant. 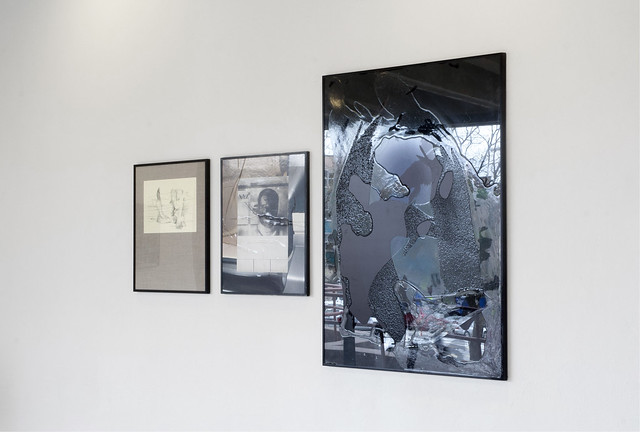